You are here: Home1 / Management Bios 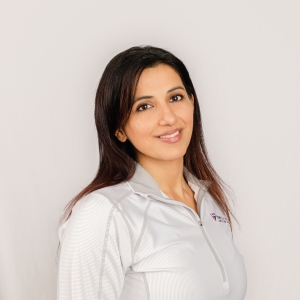 Sakina Valika is a licensed physical therapist and board-certified Neuro Clinical Specialist. Sakina has a Bachelor of Science in Physical Therapy from Northern Illinois University.  Her postgraduate training includes a clinical doctorate in physical therapy with a focus on neuro-rehabilitation obtained in 2007 from Rosalind Franklin University. She holds certifications in Locomotor training, Functional Electrical Stimulation, Whole body vibration and Aquatic rehabilitation. She sub-specializes in treating individuals with traumatic and non-traumatic spinal cord injuries with a focus on activity based therapies to maximize neuroplasticity and neuromuscular recovery.

She possesses advanced certifications in gait training individuals with quadriplegia and paraplegia with the ReWalk and the Indego exoskeleton. She is also trying Certified Clinical Instructor Affiliate (CCCE/CI) through the American Physical Therapy Association. She was an educator for the Wayne State University Physical Therapy doctoral program in Detroit, Michigan, as well as other universities that have Physical Therapy Assistant programs in Illinois.

Sakina’s clinical expertise lies in using a combination of novel approaches to maximize neuromuscular recovery in individuals suffering from paralysis due to various neurological conditions. She has presented seminars and CEU courses in Activity Based Rehabilitation and the NRS scale because of her unique expertise in this area. She draws upon current research, to incorporate scientifically validated methods into her daily practice. During her years of clinical practice, she has enjoyed treating individuals with Traumatic Brain Injury, Stroke, Multiple Sclerosis. Spinal Cord Injury, Inflammatory Neuropathies, Neuromuscular Scoliosis, and more.  Sakina consistently takes   continuing education courses to further her knowledge in treatment of a wide variety of neurological disorders. 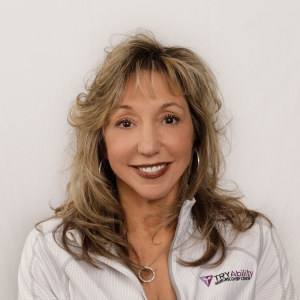 Traci has owned and operated numerous organizations throughout her career as well as executive positions at multiple fortune 500 companies. Most recently Traci was a founding member and Operating President at 3C Compassionate Care Center. As one of the founders of 3C, Traci successfully opened and operated two of the largest Medical Marijuana dispensaries in Illinois.

Within the first 12 months of 3C being operational, they were voted the #1 Dispensary Group in the State of Illinois by the patients of Illinois. Prior to operating 3C Traci was a Managing Partner at iGenMedia where she was a co-founder and responsible for operations and large client engagements. Prior to iGen, Traci held several technical and executive roles at fortune 500 companies. She has led technical and business teams at Arthur Andersen (now Accenture), Platinum Technology, IBM / Cognos and most recently was the Director of Development at Tribune Company.

Throughout her career Traci has excelled at various roles and twice received Employee of the Year awards for her technical and business contributions. She holds Project Management Institute (PMI) Certification and received her bachelor’s degree in information and decision sciences from the University of Illinois.

Most recently Traci was named as a Member of the Board to the United 2 Fight Paralysis Organization (U2PF), a non-profit that focuses its efforts on finding a cure for Paralysis.  U2PF also hosts the annual Working 2 Walk conference that brings together the latest researchers in the world annually to meet with members of the paralysis community and helps to ensure collaboration in the research community.

In addition to her work with U2PF , Traci also founded the United Paralysis Organization after becoming paralyzed in 2008.  Since founding the  501(c) 3 charity, Traci has worked as an advocate raising and contributing monies for the purpose of finding a cure for neurological conditions and promoting therapies for those afflicted with Spinal Cord Injuries and Diseases. Most recently, Traci and the United Paralysis Organization funded a fellowship with Dr. Jerry Silver for his outstanding work in the field of Neuroscience at Case Western University. 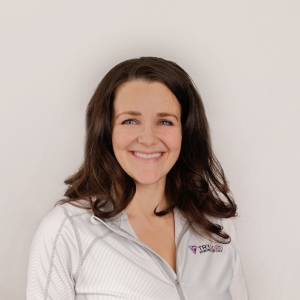 Jackie Davis earned her Bachelor of Science in Kinesiology from University of Illinois in 2005, completed her massage therapy certification from Chicago School of Massage Therapy in 2006, and received her Associates Degree in Physical Therapist Assisting from Elgin Community College in 2013. All of her experience as a licensed professional has been in therapeutic settings, which has allowed her to develop a keen eye for compensations and has developed strategies to address them. She trained under, then worked with Sakina Valika in a neurological, activity based restorative therapy clinic where her passion for working with the neurologically compromised population was born.

Along with the skills she has developed specifically for the neurological population, Jackie sees significant value in using other strategies, including taping, instrument assisted soft tissue manipulation and many other manual skills to address her patient’s needs. Jackie prides herself on her creativity of treatments, hard work and dedication to improving the quality of life and function for her patients. Jackie and her husband, Tim, had a baby girl in December of 2018.